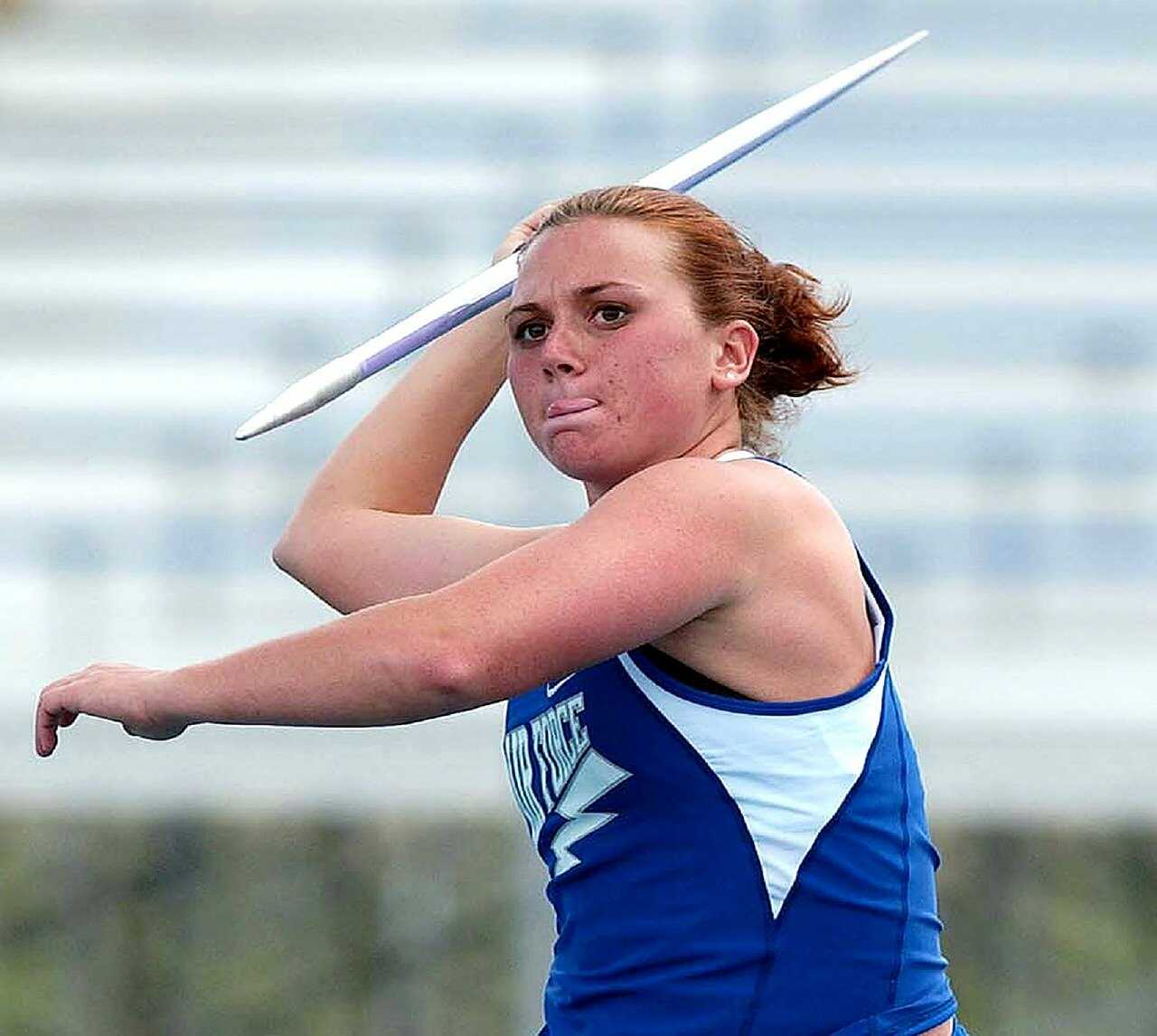 What a better way to practice your javelin throwing techniques by attending ThrowsLab Javelin Throwing Camps in San José. The coaches will help guide you to throw the javelin to your skill level potential and furthermore it is a way to fast-track your throwing progress and hit more PRs in less time. In addition, the ThrowsLab coaches in San José will help you with fine tuning the combination of speed, power and techniques. They will give valuable instruction on proper grip, positioning of the body, as well, positioning of the javelin to enable a throw that will go the distance. When you attend a throws camp in San José, you’ll be met by a group of youth, high school, collegiate, post collegiate, and master throwers all working towards the same goals as you: training smarter and throwing farther is the name of the game. A large number of coaches both attend and staff javelin throws camp in San José, which means you’ll get to observe coaches refining their technique alongside your fellow athletes.

To begin with, we keep our coach-to-athlete ratio intentionally high to ensure that every athlete gets a ton of one-on-one attention, and to allow our coaches to work with every skill level present. You can expect a minimum of 7:11 ratio of coaches to athletes at our javelin throwing camps in San José. Our elite coaches are the best in the industry, easily demonstrated by the results of their work. You can find our athletes in podium spots from USATF, Junior Olympics, and State, Section and League Championships. While our coaches are proud of their qualifications, the results they produce are what truly set them apart.

Coach Fouts has coached me (Malan Potts) for 4 years. During that time, he has proven himself to be a generous and giving leader who trains his athletes hard and encourages them to do their best. I saw a huge improvement in my technique after my very first training session. He coaches me in a way that I never feel like he is being critical. I look forward to my training sessions and camps. He is always willing to give me advice on the college process which has been extremely helpful. My entire family appreciates, Coach Fouts!!!!

Can Javelin Throwing Camps in San José Improve My Throw?

Our successful javelin throwing camps in San José bring expert coaching together with a supportive learning environment where athletes are surrounded by peers. Javelin throwing camps allow you to learn from the best, connect with coaches, and find the mentorship you may be lacking. ThrowsLab coaches in San José will guide you on how to improve body mechanics, power, and speed through some basic drills that focus on gripping the javelin, executing the draw back, and the standing throw geared toward helping you hit new PRs. 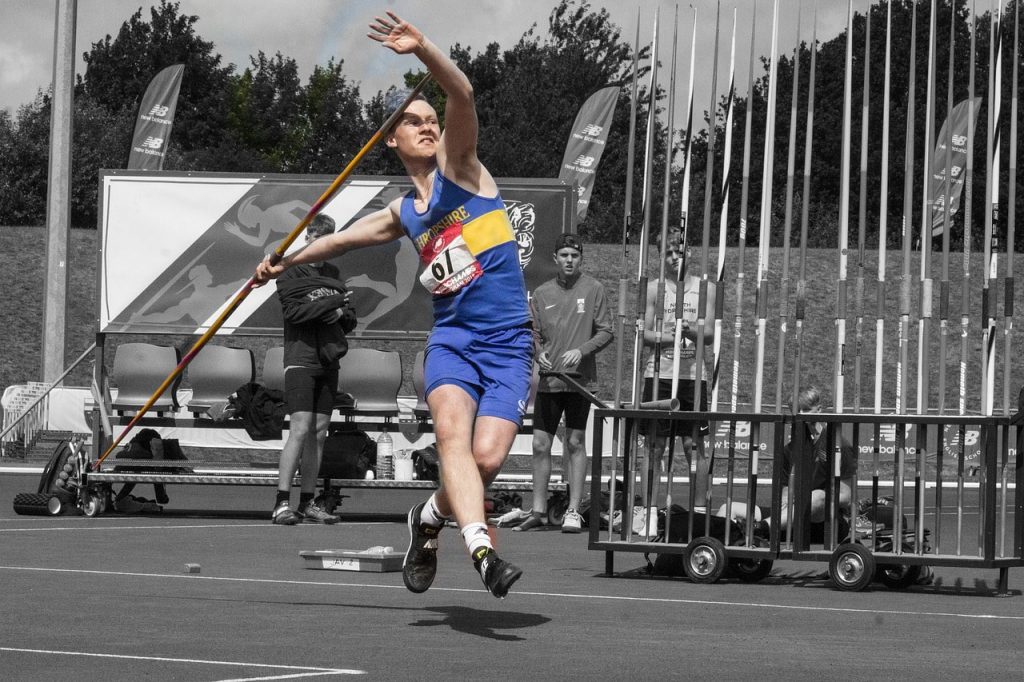 When it comes to how to hold a javelin, there is more than one way to do it. Finding the right grip for your throw can maximize your results as well as help prevent injury. Now if an athlete has ever thrown a football, baseball, etc. the javelin throw motion, as well as the grip, will not feel natural. However, after throwing a javelin a few hundred times, the grip will become second nature. Javelin camps in San José place emphasis on the proven throwing techniques that will consistently increase your throw distance.

Executing the draw back of the javelin

The draw back drill helps you learn about proper alignment and how to relax the arm, shoulder, and hand when drawing the javelin back to throw. The key to a great throw is excellent technique combined with consistent training. In our throws camps, athletes practice a lot of fundamental and technical drills, movements, and throwing alongside coaches. Observing outstanding technique and then applying the same techniques in practice speeds up the learning process. Throws camps are designed to accelerate your throwing progress and enhance your skills quickly.

Standing throw of the javelin

The standing throw exercise teaches you how to get the most energy into your javelin throw with the focus on your weight distribution and positioning of your feet, hips, and knees. The analysis and correction part of javelin throwing camps in San José is one of the most valuable things our athletes take home. Each attendee’s throw is analyzed by coaches who identify what part of the throw is holding them back. First, we discuss common mistakes in javelin throwing early in the day. Later, by analyzing each throw we help athletes make the large and small adjustments that yield big gains in distance and prevent throwing injuries.

How are Javelin Throwing Camps in San José Structured?

Javelin throwing camps take place over a single day or multiple days. While the format varies depending on the season, most camp days follow a general format. Days typically begin with drills in the morning, an hour-long break for lunch, and throws to finish the day. This format gives athletes a nice foundation to build upon in the second half of the day.

What Do I Need to Bring to a Javelin Throwing Camp in San José?

We recommend that our athletes bring javelin poles, throwing shoes, a water bottle, and a towel with them to camp. We keep a bit of extra equipment around to share with athletes who need it, and we keep an inventory of equipment available for purchase. We prefer that you come in throwing shoes, but you can still learn the drills, movements, and techniques we cover without them. Athletes should bring a snack and lunch so that they stay fueled throughout a very active day.

About your Throws coach 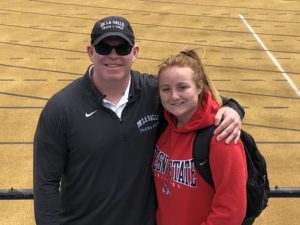 Coach John Fouts is the owner of ThrowsLab. He is certified by USATF as a level 2 coach, completed level 2 of Arete Throws Nation TCR™ system, and holds an NCACE Strength and Conditioning Coach Certification. He was a two-sport athlete in high school (Football & Track) and played his college football at Santa Clara University and UCLA. In 2011 he became a full-time coach and currently coaches Track at Diablo Valley College. Over the past 7 years his athletes have won 2 Junior Olympic National Titles, achieved two top 5 finishes at the USATF Junior Outdoor Championships, has had 5 podium finishes at state, won 58 discus and shot put titles, broke a 42 year old NCS section record in Discus (205’ 7”), and 9 school records. John currently lives with his wife Carol (Mrs. ThrowsLab) and their children in Clayton.